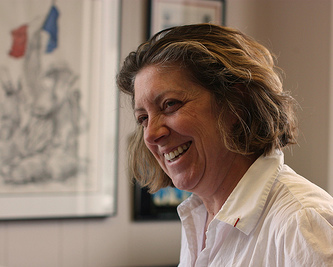 There are many things to like culinary-speaking about Brooklyn. It’s a huge melting pot for different cultures and many of New York’s food traditions, and most of the country’s best and most iconic ethnic dishes originate from there.

It has some of the best Pizza imaginable in the entire country and is the cradle of Jewish cuisine as we know it in the United States. Arguably the best hot dog on the planet originated in Brooklyn. And so on, and so on. Brooklyn is America’s premium brand name for ethnic culture.

However, I don’t normally consider Brooklyn to be a huge barbecue town. But last Saturday, my views on this were seriously challenged.

Click on the read the “Rest of this entry” link below for more.

END_OF_DOCUMENT_TOKEN_TO_BE_REPLACED

South Florida may be the land of senior citizens and early bird dinners, but late at night, Calle Ocho is hopping with activity.

Last week I went on a last minute business trip to Florida, with my base of operations being very close to Miami International Airport.

While I dreaded the idea of having to work what would certainly be very long days confined to conference rooms and then emerging late at night ravenously hungry, there was some consolation in the fact that unlike other parts of South Florida, where your food options late at night are restricted at best, downtown Miami and the neighborhood surrounding 8th street (“Calle Ocho”) which calls itself Little Havana (home to Free Cuba in Exile) has some of the best late-night eating anywhere in the state, and probably in the entire country.

END_OF_DOCUMENT_TOKEN_TO_BE_REPLACED

For those of you who have been living under a rock the last several years, my friend David Sax has been working diligently on his book Save the Deli, a chronicle of his travels throughout the United States and Canada in his efforts to seek out what remains of our dying Jewish Deli culture.

I was invited to his launch party this evening and I have to say, the man seriously knows how to throw a kosher rumpus — invite Borscht Belt King  and Friar’s Club dean Freddie Roman as master of ceremonies, attempt to feed some of the hungriest fressers in the city with enough cholesterol and saturated fat to kill a rogue elephant, and get Jewish Elvis to entertain the masses. Now THAT my friends is a party.

END_OF_DOCUMENT_TOKEN_TO_BE_REPLACED

Daruma in Englewood, opened in 2004, is still producing some of the best and most creative Sushi and Sashimi creations in Bergen County.

Victor von Frankenstein Never Had to Deal With RMAs

Several months ago I put up a blog post called “Extreme PCs and Homebrewing: Rest In Peace”, which needless to say attracted a great deal of responses on both side of the fence, those that agreed that due to the economy and the factors surrounding the business of homebrewing and component sales, system building is probably in its last days, and others who vehemently oppose the notion that the practice of home-brewing your own computer is going away.

Off The Broiler Supports Partners in Caring

The ShopRite organization recognized the pervasive problem of hunger experienced by so many people right in the neighborhoods served by their stores. It’s a problem that not only exists during the holiday season, when attention is focused on charitable giving, but it also exists throughout the year.

With the help of more than 50 manufacturers, the ShopRite Partners in Caring program is committed to helping to feed and meet the nutritional needs of families and the elderly who may otherwise go without. These generous companies are a major reason why ShopRite Partners In Caring has been such a success.

Off The Broiler is proud to be part of a network of regional food blogs which supports the efforts of ShopRite and the companies which support this critical charitable cause to fight hunger.

Today, the ShopRite Partners In Caring program supports 23 regional food banks and more than 1,400 charitable agencies with food or meal components. With a $2 million annual donation, more than $20 million has been donated since 1999 in the fight against hunger.

Companies that have joined ShopRite in the fight against hunger are marked in stores with the ShopRite Partners In Caring shelf label. By choosing these products, ShopRite customers support manufacturers who contribute to the program.

Each of the 217 ShopRite stores in the six states that ShopRite serves (New York, New Jersey, Delaware, Pennsylvania, Connecticut and Maryland) selects qualified local organizations to benefit from the program. These local food charities use their designated funds to acquire supplies at a food bank.

Every time a customer purchases products with the ShopRite Partners In Caring shelf tag, they support the brands that support the fight against hunger. At ShopRite, customers are not just filling a grocery bag; they are helping to fill empty bowls for thousands of hungry families in your community.

For more information on the ShopRite Partners in Caring Program, please visit:

Blogroll: Texas Weiners at SeriousEats, a History and Interactive Map 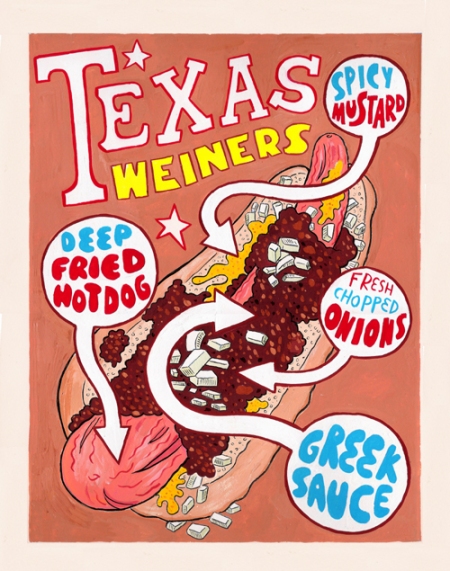 I completely missed this gem of a post on SeriousEats back in July, all about “Texas Weiners”. Texas Weiners are a genre of hot dog found not in Texas, but in New Jersey and parts of Pennsylvania, and it was created by Greek immigrants.

Be sure to visit the SeriousEats site where they’ve been doing an entire series on regionally specialized hot dogs, including The Philly Combo, Tijuana Dogs, and the Flo’s Dog from Maine the Puka dog from Hawaii and the Slaw Dog from the Southern US.

Green Door Cafe, still fresh from its glowing review by in the Bergen Record by Bill Pitcher, is  banging out fantastic organic and sustainable dining.