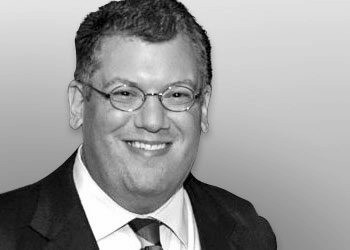 I’m usually someone that’s good for pulling words out of my head on hard and complex subjects.

I’m struggling to deal with the loss of someone who I spent five years of my life with creating and building what I consider to be one of my proudest achievements.

And it is especially hard because the two of us are the same age, and who had so much in common, even despite our differences.

I’ve told the eGullet story before, from my perspective, at the five year anniversary mark. But I never thought I would have to talk about it again in the context of a eulogy for a friend.

It was such a long time ago — fourteen years — that I have trouble remembering how exactly I discovered him. We were both users of Jim Leff’s Chowhound food discussion site, which by today’s technological standards and even at the time was a dinosaur.

I was intrigued by Steven’s writing on his original Fat-Guy.com, which many consider to be one of the first foodblogs. But really, it wasn’t a blog, it was just a collection of stuff, like most personal web sites were at the time.

It was just raw. But I was intrigued with what he was doing. I was a foodie, but also a technologist, who was delving into things like Linux and Open Source, which could enable a whole lot of things that you could not do before with information presented online.

Dynamic content, social networking, all the things you can think of that exist today did not exist at the time, back in 1999 or 2000. There was no Facebook, no Twitter.

Google itself was only 2 years old. Just pause and think about that for a minute.

I could see that Steven’s writing had huge potential and there was just starting to become available, somewhat experimentally, software that could present information in a free-flowing interactive way that was searchable and had all the things you assume just exist on a content site today.

The two of us decided to see what could be done with his web site, if we could accomplish those things we take for granted today. We found some weird piece of software from Norway, we tried that out for a while. Then we looked at some other things that seemed like it would work, and settled on that.

And then it dawned on us that maybe if we found some other good food writers that were subject matter experts in specific areas — such as regional restaurants, wine and cooking — and combine it with this software, we would have something different than what was out there.

So we scrapped Fat-Guy.com and came up with eGullet. I dragged one of my spare servers to a small ISP in New Jersey and stuffed a bunch of half-baked free software on it.

We soft-launched it in late August of 2001 and prayed the thing wouldn’t blow up on us.

We thought it was just going to be a dozen or so local food nuts having geeky conversations for a year until we got some momentum.

Both of us were complete unknowns in the food world. Steven decided to dump a really lucrative six figure job as a litigator at Cravath, Swain and Moore to become a food writer.

I thought he was completely nuts. I never had the courage to leave computer consulting and writing for the computer industry to take a swipe at professional food writing, because I knew how lousy it paid compared to what I was doing, even if you were lucky to get the gigs at the established and more prestigious magazines and newspapers.

I always considered food writing and food blogging an expensive hobby, never my profession. Steven took a leap of faith and a risk I would never even consider taking for myself. He was unbelievably courageous, crazy, or both.

I don’t know if Rachel would be as supportive if I had the balls to take a leap of faith on something like that. His wife, Ellen, is not only a sweet, generous and beautiful person, but she also must be unbelievably patient.

We came to a gentlemen’s agreement that Steven would provide the culinary and food writing expertise and I would be the technologist-cum-foodie enthusiast.

We didn’t know if the site would ever make money, but dammit, we would try. I also agreed to pay the bills because Steven had the most at risk and I was the only one with stable employment.

After September 11 came around, just a few weeks after we launched, traffic on the site simply exploded. We became sort of a group therapy session for New York foodies and food industry people caught up in the aftermath of that horrible thing.

I don’t remember exactly how big we were after the first year but it wasn’t uncommon to have several hundred people logged on simultaneously with at least a hundred discussion threads being updated every day. For the time, that was enormous.

Steven’s job was to give the site prestige and legitimacy — which he certainly did, especially after he won his James Beard award. Mine was to keep the lights on, which was no small task considering that the tech back then was no where near as mature as we have now.

We were both young and inexperienced at this whole online community thing (who was “experienced” then, really?) and as the site grew, we were simply just dealing with issues that arose as we went along.

The two of us, offline, I think had a great relationship. We respected each other’s capabilities, we loved dining out with each other and our spouses, we talked about so many things.

We said things to each other that we probably wouldn’t share with anybody else, including our wives. Our worries, our hopes, our dreams.

The first five years were great. But as Steven’s fame grew in the food community, it became harder for me to accept my role, as critical as it was, to simply be the site’s tech guy.

I felt my voice was equally important. I was an experienced writer in my own right, even though all of my “legitimate” recognition was (and quite frankly, still is) in the computer industry.

And while Steven was by far a more prolific poster, I contributed a great deal of valuable food content to eGullet as well.

We were both two Jewish kids from New York with huge egos and personalities to go with them. And I felt my creativity and input as well as my exposure was being stifled.

But we couldn’t have two Alpha Foodies on eGullet. And as the organization of the site became more complex, as we got more and more volunteer staff, I lost more and more control.

And being the control freak that I was (and still am) that was a very difficult thing for me to come to terms with.

So the two of us came to loggerheads. Frequently.

In hindsight I realize these disagreements were stupid and I wish I was mature enough to handle them at the time. But I was not.

There were also financial issues to deal with. Around the summer of 2005 I decided I didn’t want to pay the bills anymore, and the volume of traffic we were getting, in the millions of page impressions a year would easily be supported by advertising dollars.

But that would only cover the hosting costs for the site. We both came to the unfortunate conclusion that there was no way we could ever compensate the volunteers for all the time they were putting in, not unless the site was bought out for a huge sum of money.

Although we tried to generate venture capitalist interest, there were no buyers for content sites like eGullet in those days because the value of that content and the eyeballs viewing it were not well understood.

We were before our time. July of 2004 is when Facebook was founded, just in case you are keeping track of timelines.

So we did the only logical thing that made sense at the time, which was to turn eGullet into a not-for-profit, where Steven would become Executive Director and we’d have a board, with a mission statement and all those things.

To me at the time, this felt a bit like giving up. I had lost a lot of influence in the future of something I was instrumental in creating.

We terminated our relationship not long after the 501(c)3 status was formalized. In April of 2006 I started OffTheBroiler.com, and continued my career in the computer industry as both a technologist and a writer.

In retrospect, and now in dealing with Steven’s passing, I now understand how critical not-for-profit status was for eGullet’s survival.

eGullet survives now because Steven had the vision to turn it into the Society for Culinary Arts and Letters. It survived when he himself left and eventually embarked on a third career at Quirky.

It almost certainly will survive after his passing and hopefully, after the current generation of hard-working volunteers over there has ceded to another generation of aspiring writers and food bloggers.

I hope it exists forever.

By becoming a not-for-profit it was able to achieve a number of things that we just plain couldn’t do while it was another one of my hobby businesses.

Still, it was not an amicable parting, and there was bad blood all over. For me to deny that would be untruthful.

But none of that is important anymore, and I’ve been “over” it for a very long time. I enjoyed my time as an independent food blogger, and I probably should have started earlier.

Despite what many people wish to believe, we did, years later, patch things up. For a short time, I even had him writing for ZDNet, before he went on to become Community Director at Quirky, where his leadership impacted so many there.

I envy him, and his many accomplishments. His influence on the food writing and food blogging world casts a long shadow. One which will not be forgotten.

I wanted so badly for us to share another meal together. For him and Ellen and PJ to visit our new home in Florida. For us to debate pizza and bagels and barbecue joints again. To talk about where to find decent Soup Dumplings.

I’m going to miss you, my friend.

Hey, I Resemble That!

Has it really gotten that bad?

Off The Broiler is a Finalist in The 2007 Weblog Awards

Off The Broiler has been selected as a finalist for the 2007 Weblog Awards for Best Food Blog, along with the following blogs:

Congratulations to all the other sites who were nominated — All of these sites represent some of the very best food blogging on the web, and are very strong and established competition.

Please vote for Off The Broiler by November 8! (Click here to vote)