We Officially Terminate our Oath of Fealty to Insane Greatness 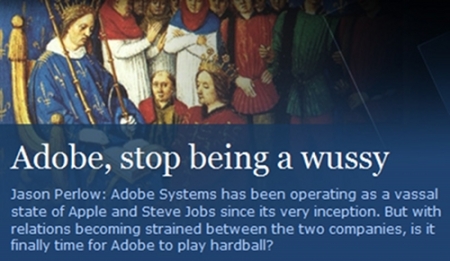 Things between Adobe and Apple used to be just peachy. Indeed, almost from the very day the company formed in 1982, it was destined to be the premier supplier of content creation software for the Macintosh, which launched only two years later, in 1984. We all remember what happened in 1984, at least those of us who aren’t Milennials.