The Pizza of Affliction

Many gentiles know of Matzah, and that Jews eat it on Passover. However, even those that do know of Matzah and when it is consumed probably do not realize that Matzah is not just consumed during the Seder itself, but for seven days during the entire Feast of Unleavened Bread.

That means if you are an observant Jew, you are stuck with eating this stuff several days after the turkey and brisket leftovers have all been consumed.

While Matzo meal is used for a number of enjoyable culinary applications, such as the beloved Matzo Ball Soup, and Kugels, Matzot themselves don’t rate particularly high on the enjoyment scale on their own.

Oh, there’s Matzo Brei,  but at that point the physical properties of the shitty cracker in question have been completely transmuted into something resembling French Toast.

So Jews have been trying for an eternity to do something ELSE with Matzot. Sometime in the 20th century, American Jews got the idea of using  them  for half-assed salami sandwiches, PBJs and the like.

And then in the 50’s or the 60’s the Matzah Pizza came, which no sane pizza enthusiast would ever put in their mouth or even remotely call a Pizza. Especially since virtually all Matzah Pizzas were made with horrible processed jarred sauces which were Kosher for Passover knockoffs of stuff like RAGU or Pizza Quick.

END_OF_DOCUMENT_TOKEN_TO_BE_REPLACED

Note: This interview took place in 2006, but I’m bringing it to the foreground because it might be of some interest to our readers. It’s a private side to Tony that you might not otherwise get a glimpse of on his TV show. 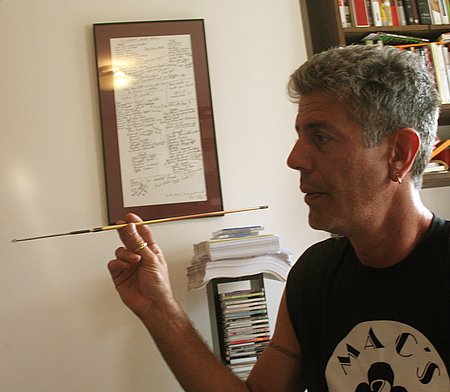 What they use to hunt wild boar in Ghana 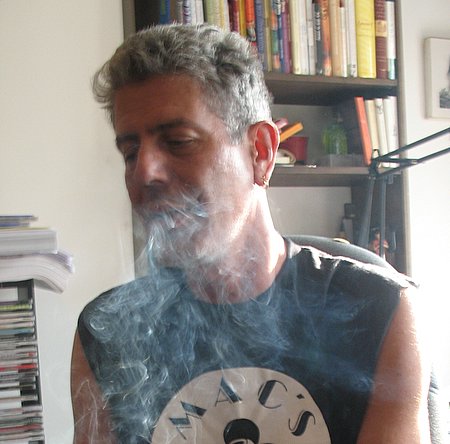 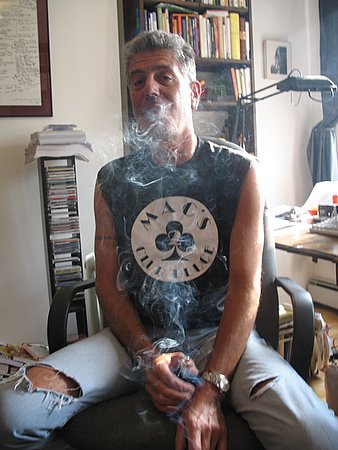 Tony’s not giving up on smoking, even if he has to leave the country to do it. 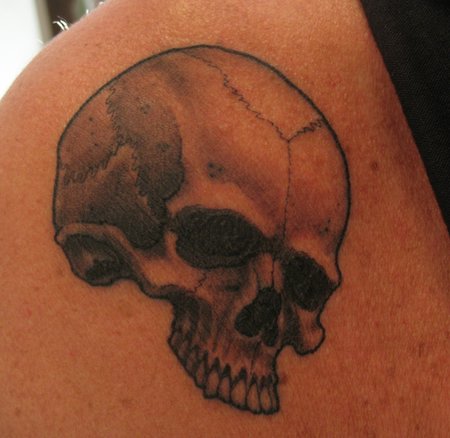 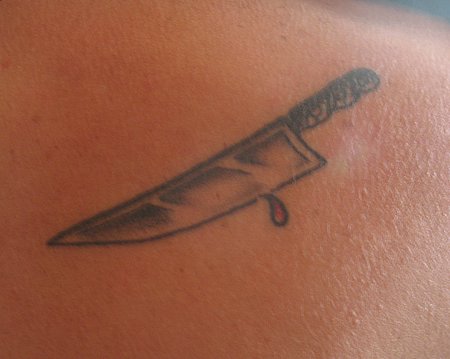 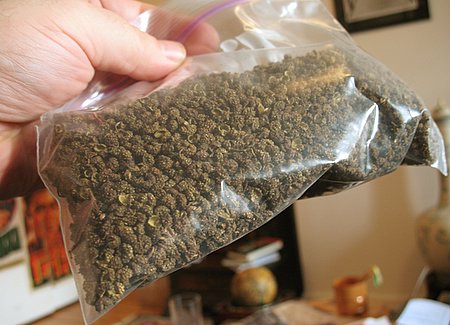 Earlier this year Burger King had a Whopper Sacrifice promotion where if you de-friended 10 of your friends on FaceBook, you received a coupon for a free Whopper burger. Amazingly, a huge amount of people were willing to do this. However, I suspect that for a free iPhone 3G S with two free years of data and voice service — assume it’s the upper-end, 32GB model — that more serious, heinous acts of inhumanity would be willing to be committed by the average iPhone junkie.

Editor’s Note: Here’s one of our first posts on Off The Broiler, resurrected for Valentine’s Day weekend.

I realize this blog is named after a Burger King-ism, but anyone who really knows me is well aware I am a staunch and rabid missionary of the Church of Slyders.

This year, Rachel and I decided to celebrate our 11th Valentines Day together at White Castle. Sure, it was corny, it was chintzy, and we had this bloated nauseating feeling afterwards. But isn’t that what true love is supposed to be?

In my opinion Valentine’s day is a totally commercialized holiday, far worse than Christmas, that is designed to bilk your loved ones out of buying you totally useless throwaway gifts, and then to force you to endure one of the worst days of the year for restaurant going.

What venue would be better than White Castle? Click on the “Read the rest of this entry” link below for more.

END_OF_DOCUMENT_TOKEN_TO_BE_REPLACED

So, you thought the original Iron Chef was weird and unique?

I introduce you to “COOKING WITH DOG“. The first cooking show HOSTED by a dog.  A miniature poodle, in fact. Totally legit Japanese traditional recipes, with excellent step-by-step instruction.

I keep telling people my miniature poodles are exceptionally bright, but this guy…


The LeeVees sing “Applesauce versus Sour Cream” live in concert.

I prefer a bit of both, myself.

Happy Chanukah from Off The Broiler!

It’s that wonderful time of year again. Got any serious violations you’d like to show us? Send your jpeg files to jperlow AT gmail.com. — Jason

Having been brought up Jewish, Rachel and I never had the opportunity to actually decorate our homes with holiday lights. That being said, we appreciate a nice display, and have come to think of ourselves as connoisseurs and critics of the very best (and worst) in holiday light entertainment. Over the years, we’ve developed a set of guidelines for holiday lights. This year, we decided to codify them and to distribute citations (click to download PDF file, if you’d like to issue them too!) to local residences for exceptionally good (and

No Sushi for You!

And no, I’m not telling you where this place is. He doesn’t want any more business.

Who is this “Neal”? And why does he love turkey sandwiches so much?

Turkey sandwiches are among my most favorite things in the whole world. In fact, prior to my resignation as President and Chairman of the Fat Pack, virtually every time I visited a diner I ordered a Turkey Club Sandwich, on whole wheat toast, with extra crispy bacon. I would consider myself a master at all forms of Turkey Sandwich construction, an authority on how all Turkey Sandwiches and their derivatives (such as the BLT, which forms the basis for any excellent Turkey Club) should be judged, and I didn’t think it was possible that somebody could be more obsessed with Turkey Sandwiches than I am. But I have discovered that I have a nemesis, and I am outclassed.

His name is Neal Stewart. I’m not sure what this guy really does for a living, or if he’s ever been subjected to a DSM-IV, but this guy is one Turkey Sandwich short of a carving station for a Hassidic wedding. He has dedicated AN ENTIRE BLOG to Turkey Sandwiches. Normally, anyone this obsessed with a single food object I would suggest seeking professional help — like my buddy Adam Kuban over at Serious Eats, who founded A Hamburger Today and Slice.  Adam by all accounts is clearly out of his mind. But compared with “Neal” he’s practically shelf stable.

Neal is funny. Neal is irreverent and foul mouthed. And he’s clearly insane. But this man knows Turkey Sandwiches.