When it comes to Iberian food, Rachel and I tend to head into Newark’s Ironbound district. However, outside of Newark itself there are a number of other Portuguese eateries that are of notable mention, particularly the three branches of Burnet BBQ, which specialize in Portuguese-style rotisserie chicken. Burnet is known for its huge portions, a large plate of any of their dishes is sharable between two people. Order two plates for two people and you got lunch for the next day, easy.

In addition to their roasted chickens (click for video) of particular note are the Garlic Chicken and Garlic Shrimp, and their Picadinho (Sauteed Pork cubes with Shirmp / Clams). 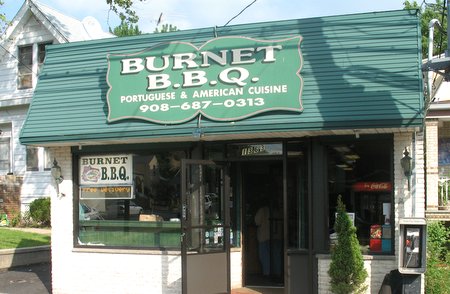 The unremarkable storefront (original location on Burnet Ave. in Union) hides the magic rotisseries inside. 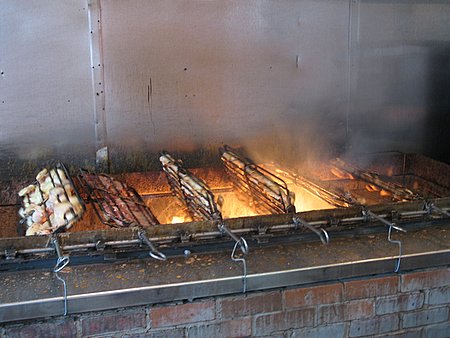 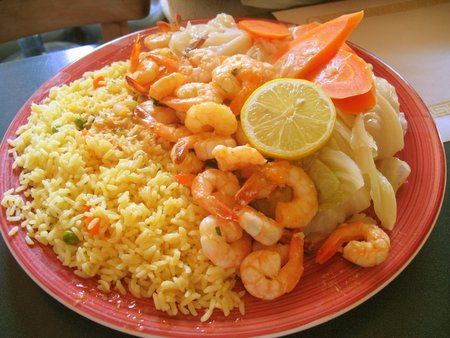 Shrimp in Garlic Sauce. Lots of shrimp and plenty of garlic. 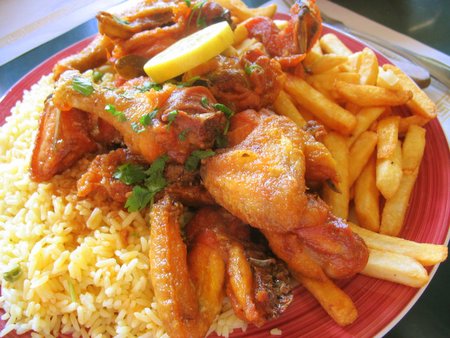 Chicken in Garlic Sauce — this is a spicier version with more vinegar than typically found in Spanish restaurants.

This entry was posted on Tuesday, May 16th, 2006 at 10:59 pm and is filed under Food, General, New Jersey. You can follow any responses to this entry through the RSS 2.0 feed. You can leave a response, or trackback from your own site.