We ran out of luck when heading to Johnny’s Po Boys today, only to find out it was closed for the day when we got there. A local lady, noticing our distress, suggested that we head to ACME.

Now, ACME is one of those places that is heavily promoted in all the New Orleans tourism books, so we were reluctant to go there on previous visits to the city. But I was willing to throw caution to the wind, and frankly I thought some more raw oysters and perhaps a Po Boy might be good there. 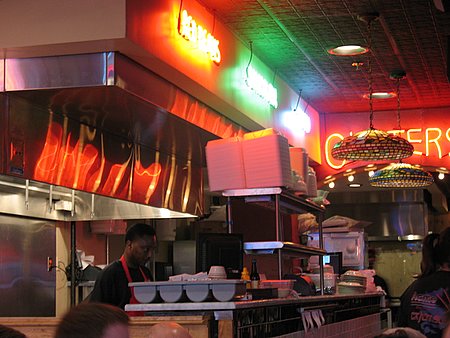 A view of the shucking area.

Oysters and plasma TV’s. My kind of bar! 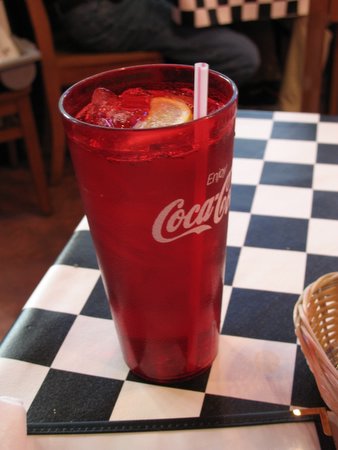 A nice big tall tumbler of fresh brewed iced tea. Now that’s how you do it.

A plate of raws on the half shell. These were pristine quality and for the most part free from sand and grit. The shuckers are doing an excellent job here. Unlike Casamento’s, the sauce is pre-prepared, so you won’t look like a Yankee doofus trying to mix your own. 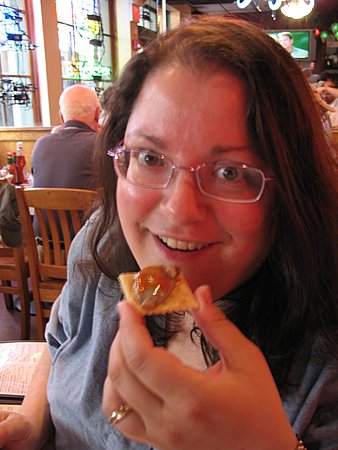 Here I managed to convince Rachel to eat a raw oyster, which she is normally freaked out by. Guess what, she liked them!

ACME’s Oyster Rockefeller Soup. Other than the fried oyster its the only discernible oyster in the soup, although there is a small amount of chopped up oyster in it. We felt that the soup itself was too thickened with roux and Rachel’s version that we made a few weeks ago was a lot better. 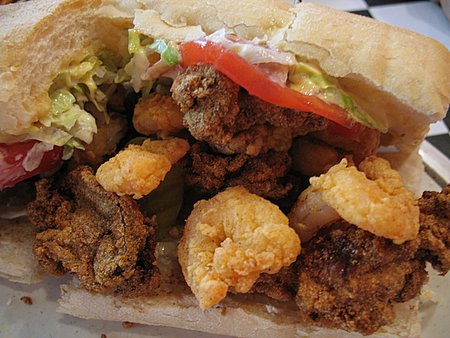 The Fried Peacemaker Po Boy. I thought that the oysters were fried a bit too done and the small shrimps really didn’t improve it.

Hush Puppies. These are jawbreaker sized, and have a good texture.

So overall, I would say if you definitely want raw oysters, head on over. The Special Po Boy is excellent, and if they happen to have a supply of crawfish or shrimp for a boil (they didn’t that day) you might want to check them out.

This entry was posted on Tuesday, April 4th, 2006 at 6:04 pm and is filed under Food, General, New Orleans. You can follow any responses to this entry through the RSS 2.0 feed. You can leave a response, or trackback from your own site.